Riccardo Matlakas is an Italian multidisciplinary artist, who works with painting, graffiti, performing art, dance, video art, literature, and installation. Matlakas currently resides in London. He has studied Sculpture in Naples, Italy and has obtained a Master’s degree in Social Sculpture from Oxford Brookes University. Matlakas works mainly in the fields of performance and painting but has been involved in other areas (dancing, participatory practices, etc.) as well.

In July 2017, as a resident of the ‘Art Commune’ International AIR Program, Matlakas accomplished a series of activities in Yerevan, Masis (Armenia), and Stepanakert (Artsakh). 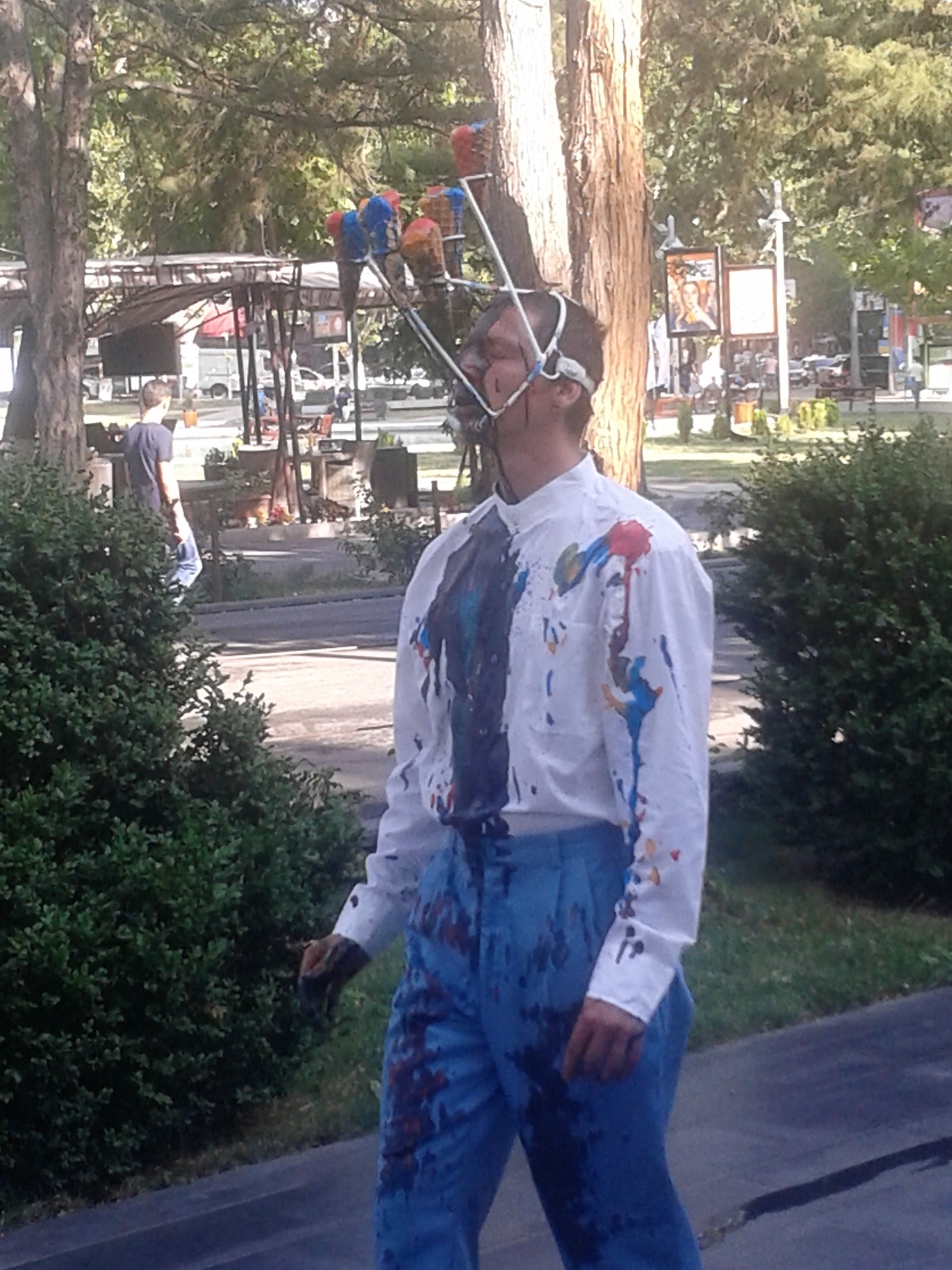 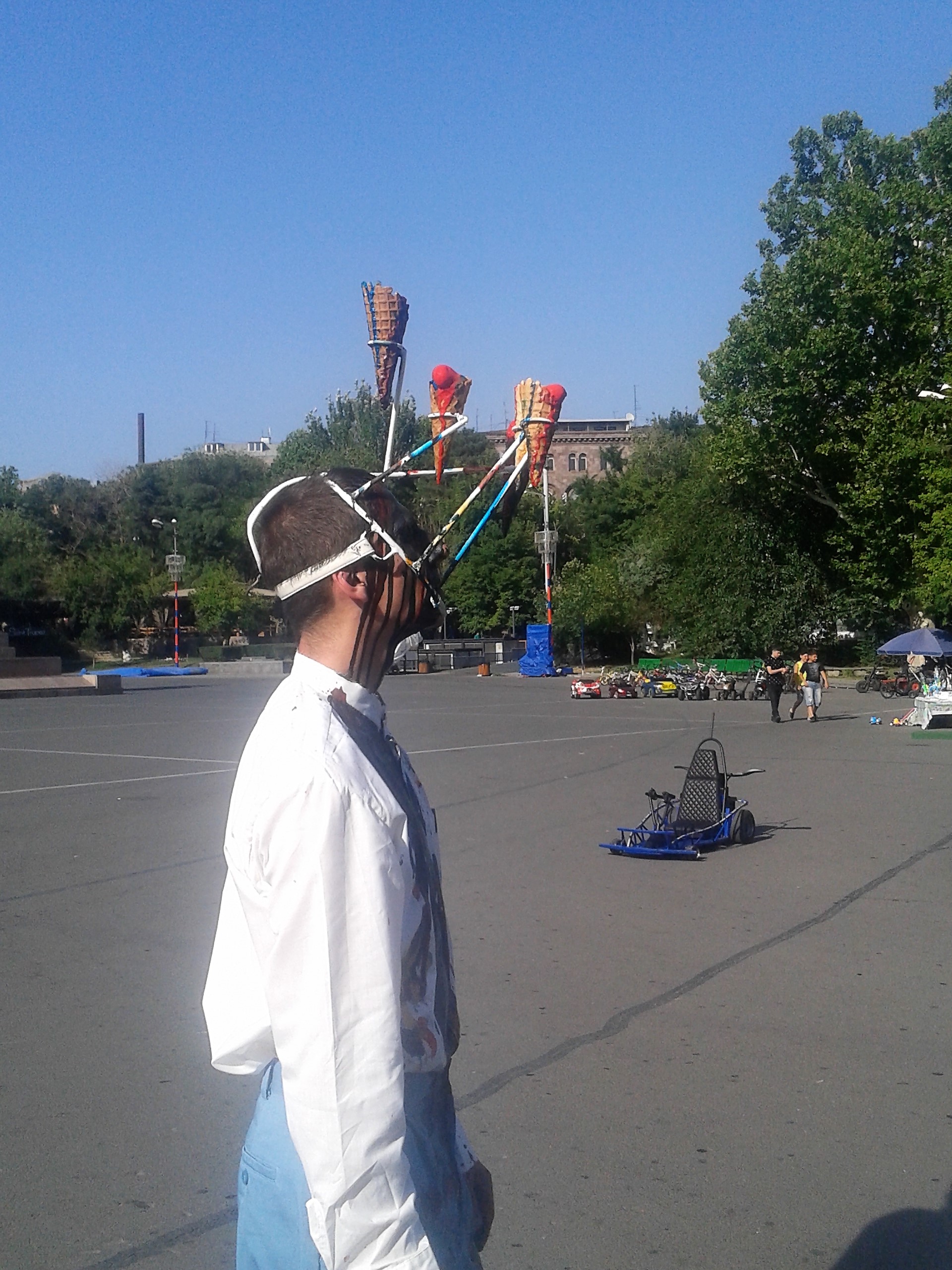 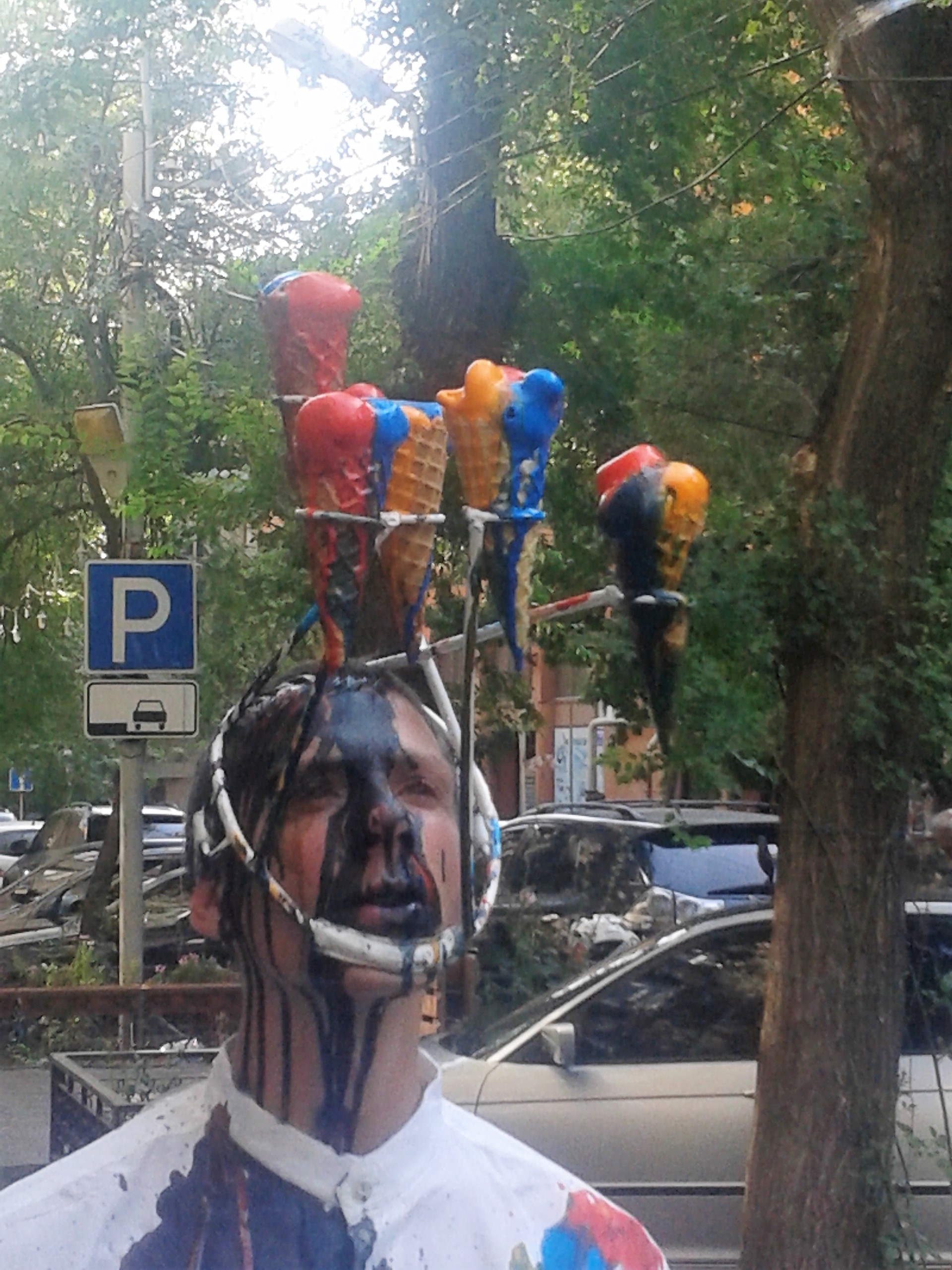 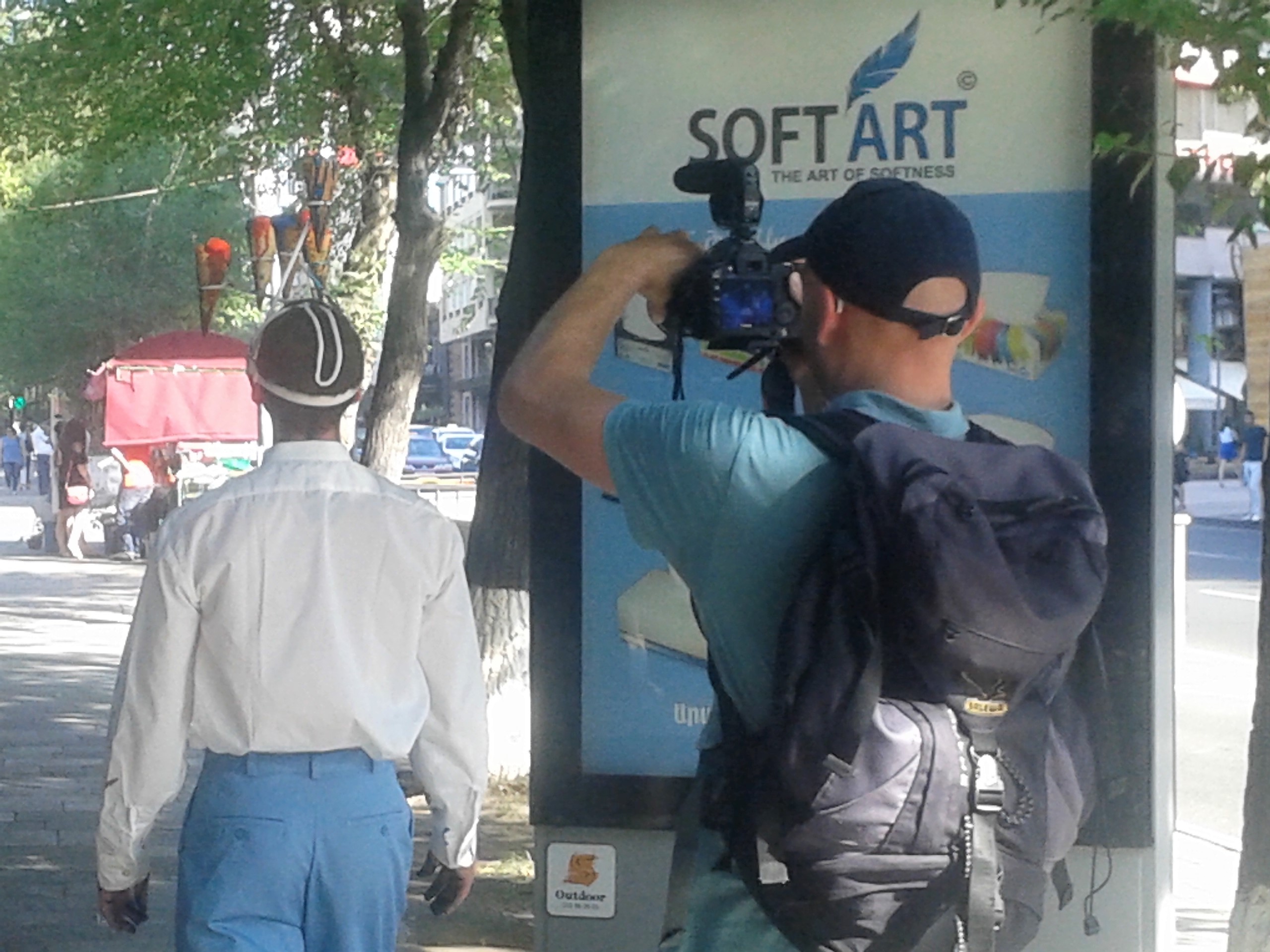 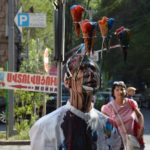 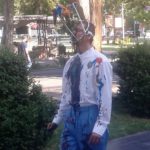 ‘The Last Soldier’ is another performance by Riccardo Matlakas carried out in Stepanakert, Karabakh. The artist was slowly walking through the streets of Stepanakert wearing the Armenian National Army uniform and holding a large red ‘tuf’ stone and a white flower.

The idea of the performance was to represent the image of a soldier that slowed down and thought about the cyclic past, the current political conflict and the frozen war in Karabakh. The white flower, in contrast with the heavy stone, represented transformation and hope. With this action, the artist wanted to sculpt the energy around the representation of a soldier, proposing an image of a thinker rather than a fighter.

On July 26, Riccardo Matlakas visited ‘Masis’ NGO with the goal to implement an improvisation/workshop. It took place at the Youth Center of the small Armenian town of Masis. As a multidisciplinary artist, Matlakas has a two-decade experience of different dancing techniques, using meditation in his work. During the three-hour meeting with guest participants, the artist helped them to discover how to get in touch with their own body and with the others around, how to get in deep connection with yourself and to accept the others, as well as how to be in the process and how to continue being in that process. The participants also learned to shift weight from one side to another in order to reach a silent agreement to keep each other safe. 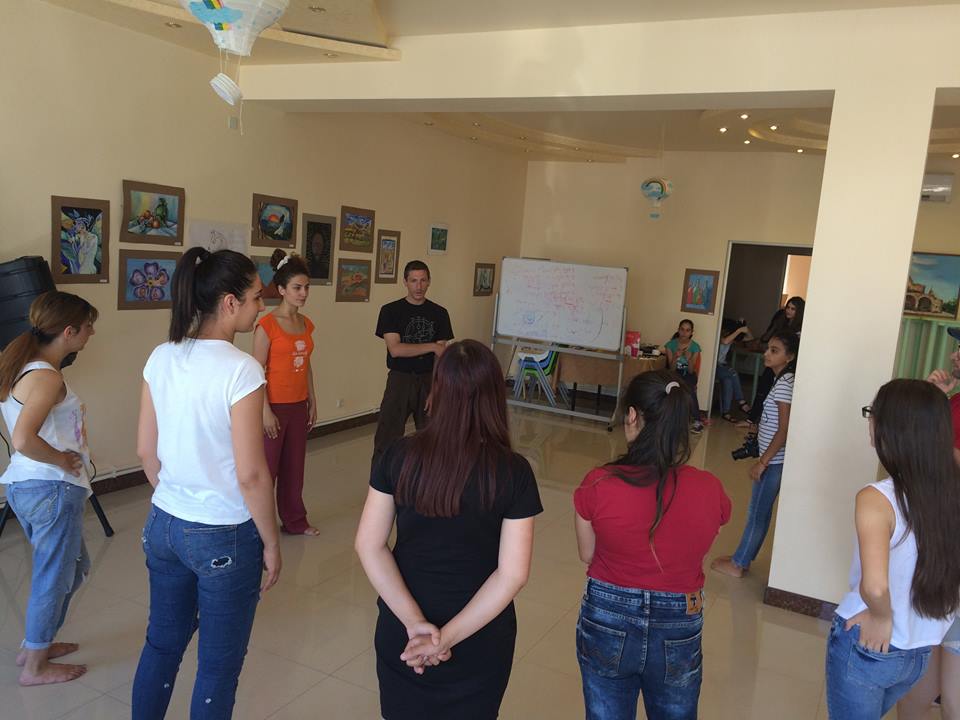 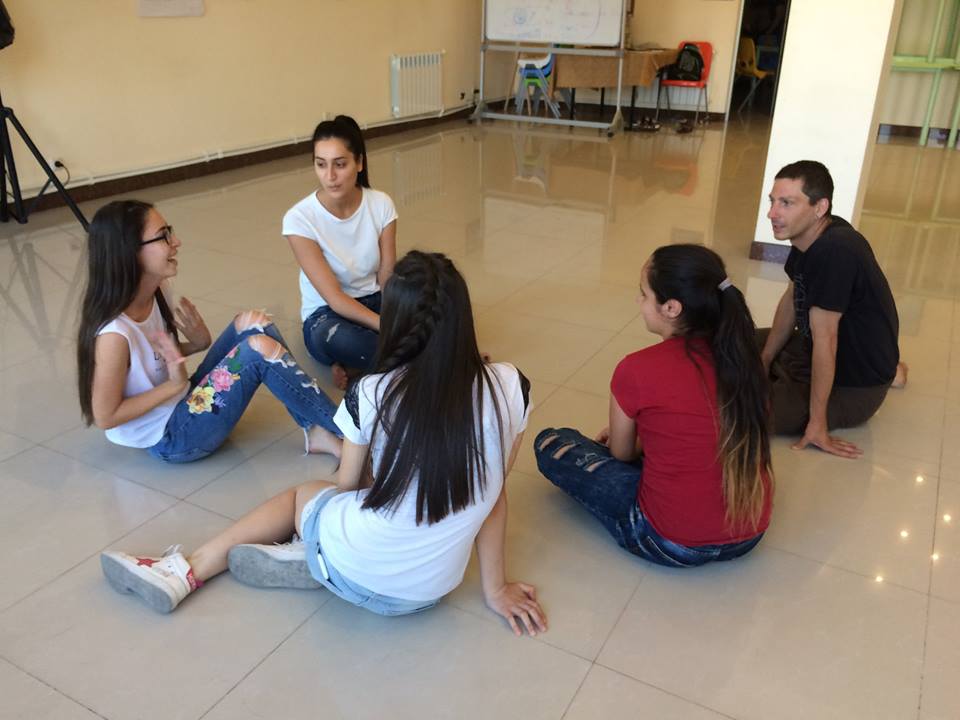 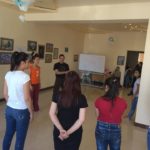 The residency program of Riccardo Matlakas has been funded by the European Cultural Foundation.